I certainly cannot validate the claims raised by marketeer Geraint Clarke in this article. However, it does sound fully possible to me. The product under discussion here is Ellusionist’s 2017 bestseller, “Erdnase x Madison” by Daniel Madison, which caused some stir in the magic community – and especially among Erdnase worshippers – back then. As we learn, the rage was well planned and planted.

From the introduction of Clarke’s article:

In 2017, I was asked to work on a campaign and product launch for a new training set for magicians. The product was called Erdnase x Madison.

Taught by Daniel Madison, a famous magician turned YouTuber, it was his re-telling of the methods Erdnase once shared. Bringing those methods and magic tricks into the current day.The product took the magic industry by storm, but not for the right reasons. To many, it was the butt of a joke they assumed we weren’t in on.

However, the sinister truth behind that negativity is… I manufactured it. With one bold quote [“I’m better than Erdnase, and I can prove it”–Daniel Madison] and less than $100 worth of marketing spend, the product sold out and grossed well over $200,000 within its first month of release.

But why did it work?

Shock and awe are online media’s bullet train. The fast route to awareness.

Quite a sobering read, isn’t it?

Now, leaving aside the specific product, why don’t we take this as a free lesson and a well-meant warning to all of us magic lemmings? It’s just plain wrong and stupid how we tend to jump, in best stimulus-response fashion, time and again on every latest overhyped gimmick or trick or the most outrageous claim out there in our fierce and tireless quest for the next holy grail of magic, searching and spending, spending and hoping, praying and spending…

Remember the First Law of the magic trade: Tricks can be bought. Magic can’t.
(And don’t forget the Second Law either: Never preorder! Never ever.) 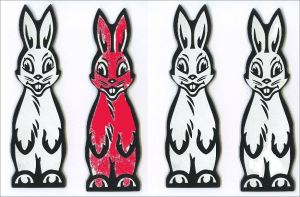 Clever magi claim their home turf: “The NYC magician.” – “Your Bay Area magician.” – “THE Magician in Chicago.” (You get the idea.)

That’s spot on, and also great for Google search and geomarketing.

However, I have yet to see this ploy being adopted in Colon, Michigan; in Corpus Christi, Texas; in Greasy, Oklahoma; in Condemned Bar, California; or in Loveladies, New Jersey.

Addendum: I’ve been mulling over a shorter version: Were I not just another man then who incidentally fooled, umm, Houdini? Please advise.

Another Addendum added: If I ever manage to meet Daryl and fool him with a trick or two, I will start advertising myself as “the magicians’ magician’s magician”!